I seem to notice a lot of people with a strong preference one way or another, for whatever reason, for buying online or buying from stores. Unfortunately for store brands, other than sticking with name-brands like Depends or GoodNites, it's pretty hard to make an informed decision about which type of diaper to buy.

This review is for the L/XL size generic store brand Nite Pants from Kroger, which seem to be identical to the CVS Sleep Comforts in every way. 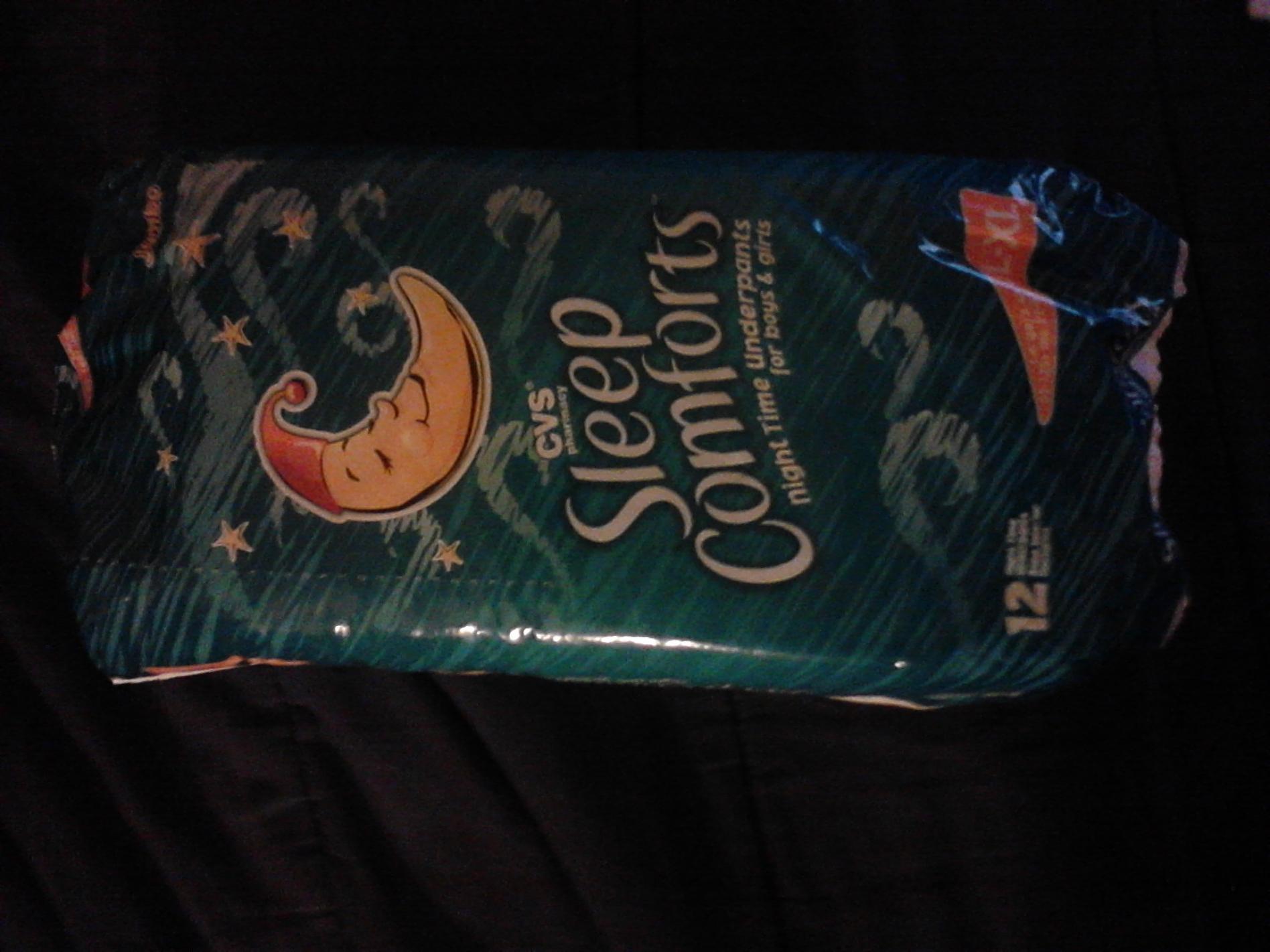 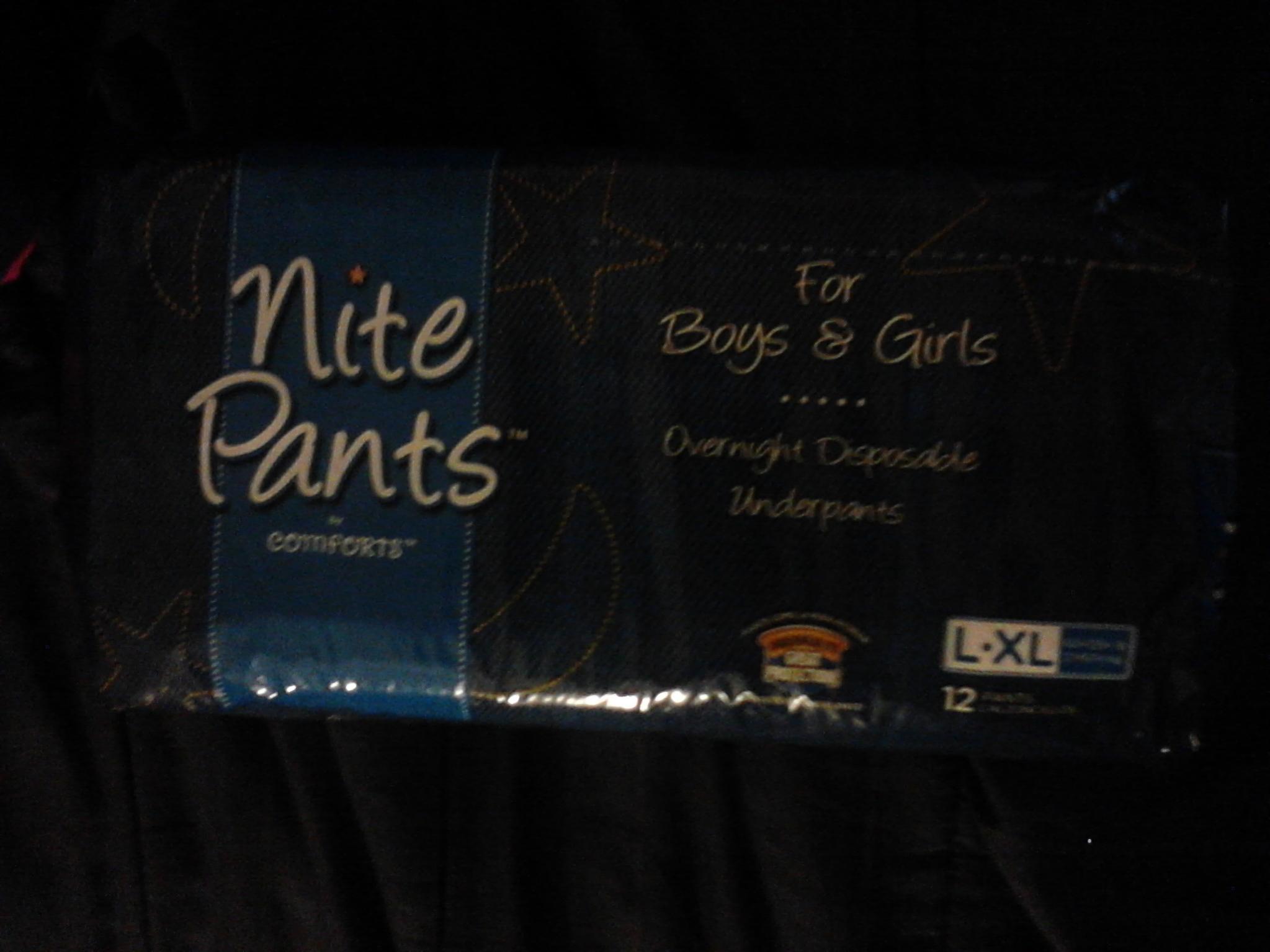 These white pull-on style diapers remind me of the older late-90's plain white GoodNites, and I don't say that lightly. I've seen a lot of comparisons to GoodNites with things like Walgreens Sleep Pants, and in the sense that they are white and used for children who wet the bed, I guess that's true, but for better or worse it looks like an exact copy of the old vintage GoodNites design. Incidentally, both brands are made by Kimberly Clark, the same company that makes GoodNites. 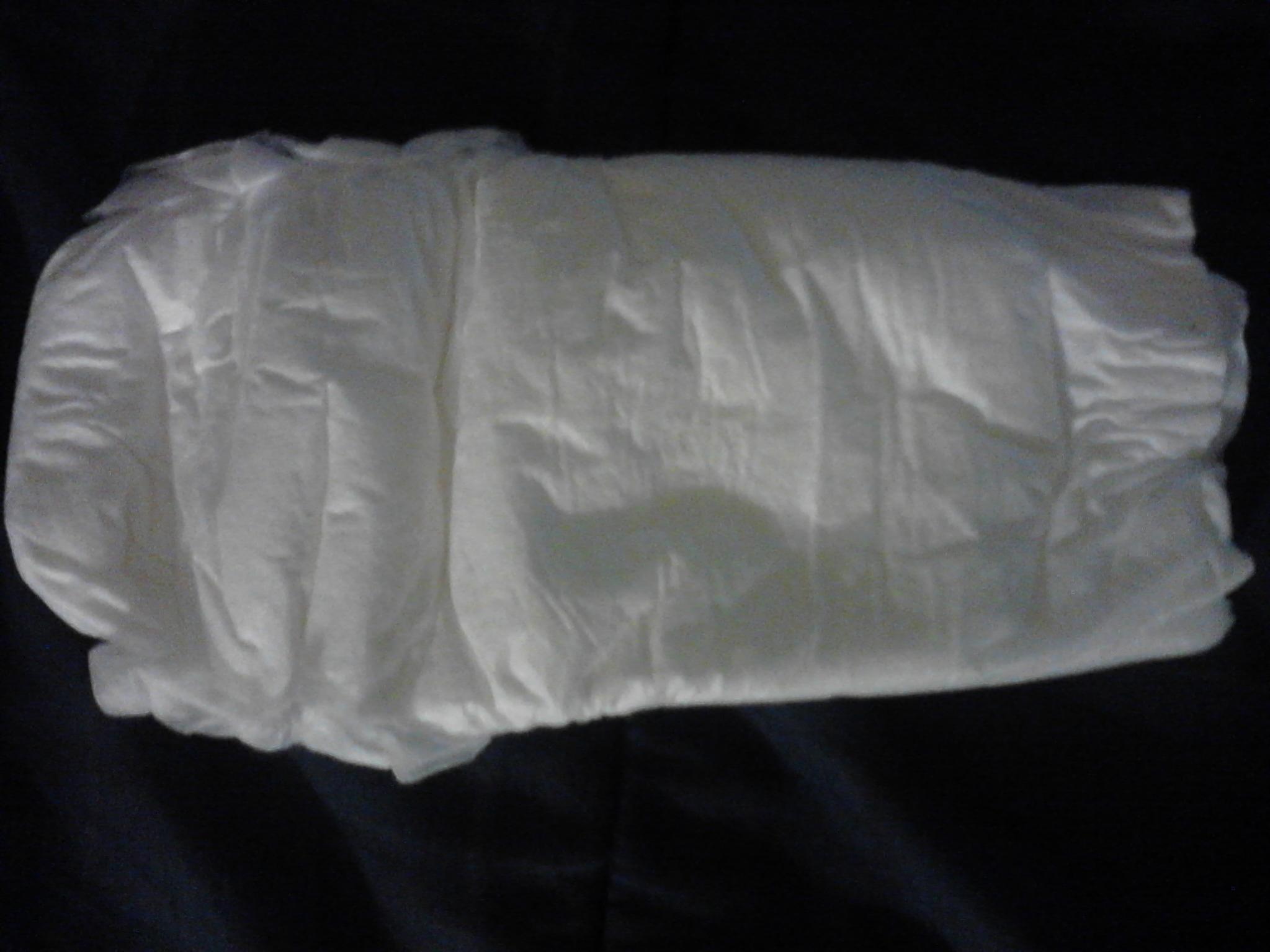 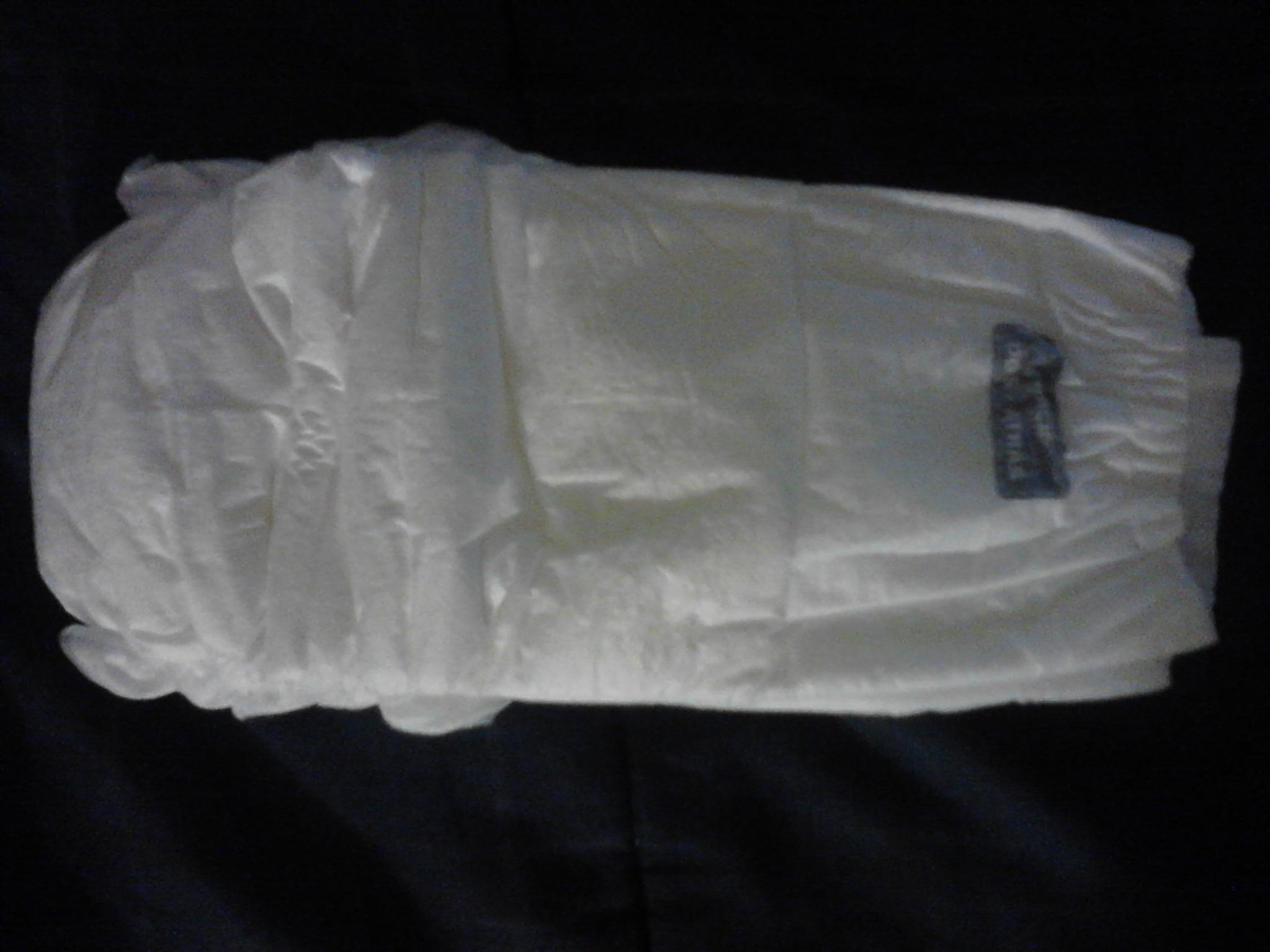 There is a label in the back that is a little more purple than red I seem to remember in GoodNites, and they feel a bit more like paper, but if you're looking for that trip down memory lane without finding and sinking a small fortune in rare vintage GoodNites, these might be what you need. 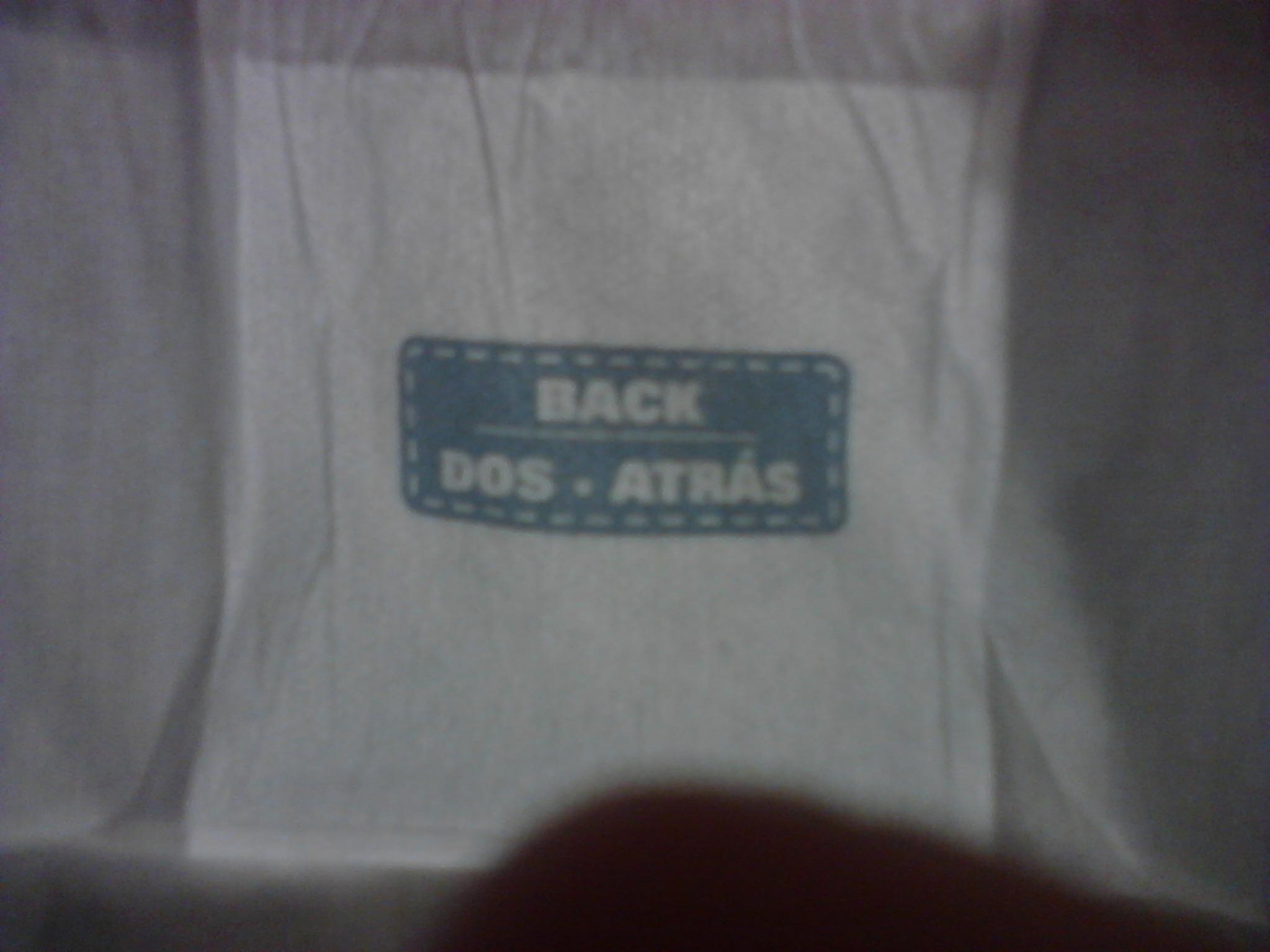 Folded up, the Nite Pants feel thicker than GoodNites, but when wearing them they feel a little thinner; I attribute this to their sturdier sides.

These are pretty comfortable as far as pull-on pants are concerned. They quickly feel dry when you wet them, until they're about at the point of leaking. As for smell, these don't really have any scent to them. If you stick your face in and sniff, you might smell a faint scent of Elmer's glue. Otherwise, I don't notice anything in terms of smell, even right out of the package. Being of a cloth-like design,they are also rather quiet; my blanket/clothes make more noise so I doubt anyone will notice.

They're a little less soft than GoodNites, mostly on the outside, but sometimes I forget I'm wearing the CVS pants and not GoodNites, so they're otherwise pretty close. They are not as breathable as Underjams, but the sizes are far stronger and feel more snug.

These pants are gender-neutral. Expect around the same fit as modern GoodNites; I thought they felt a little shorter in the back, but after cutting the sides of both a traditional Goodnite and Nite Pant, they stretched out to exactly the same length. If you fit into one you will probably fit into the other. They're pull-ups style briefs without tear-away sides, so if you get them to fit you're not going to have to worry about them ripping off within an hour. Unlike GoodNites, the Nite Pants’ sides seem a bit stronger and they will retain about the same elasticity over the same length of time a Goodnite will wear out. 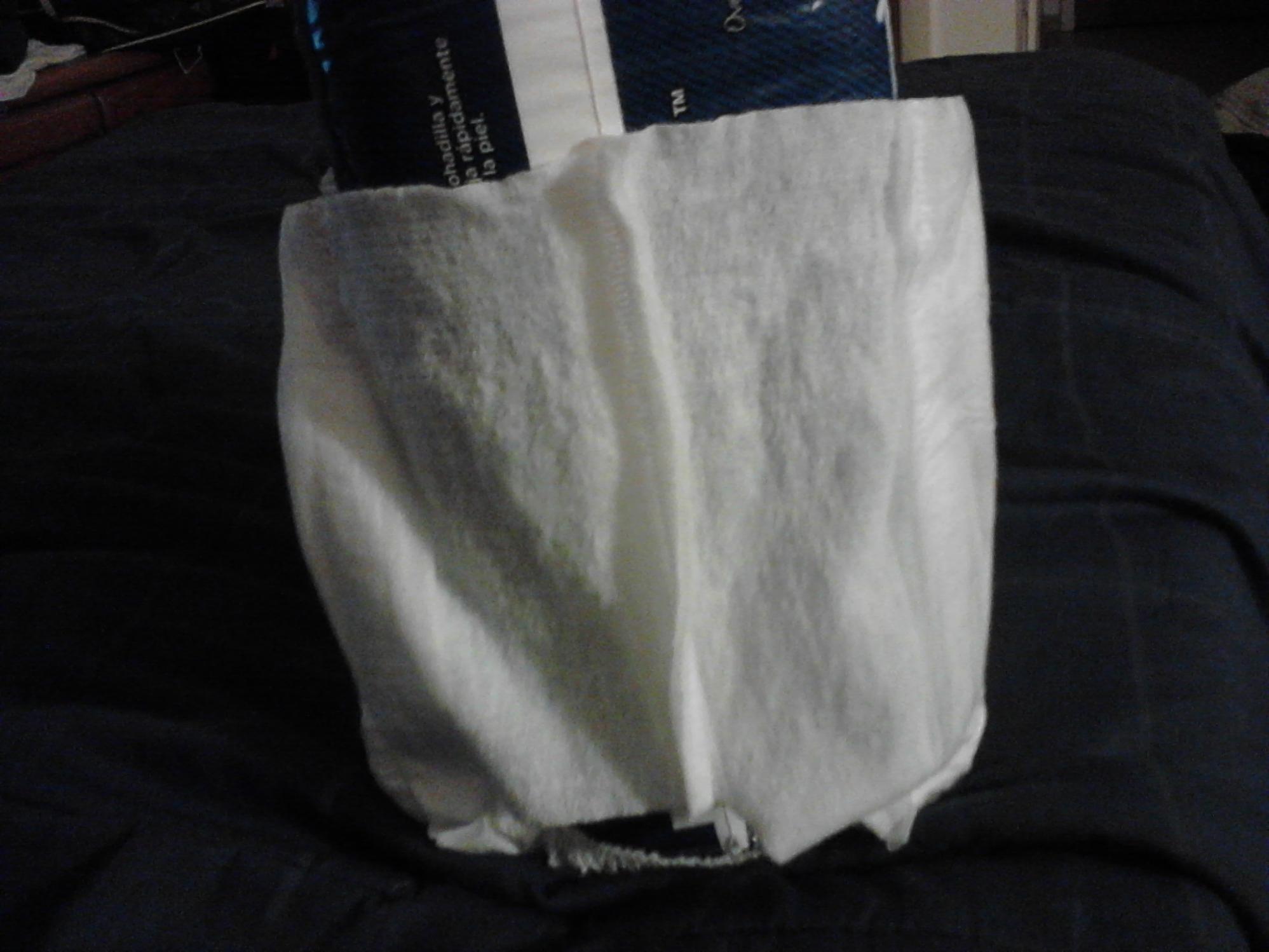 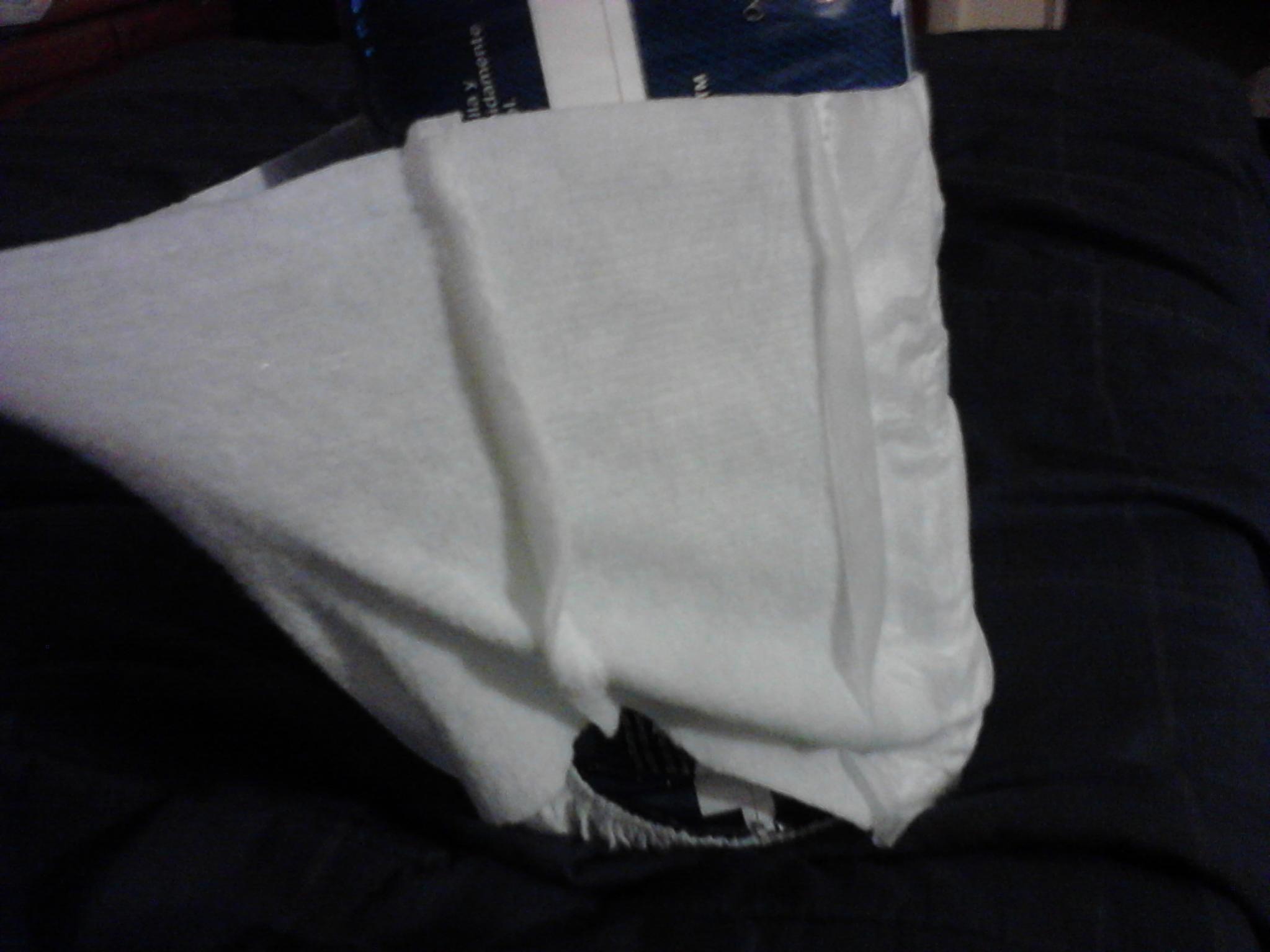 In terms of wicking and leak guards, these are some of the better diapers out there, but in terms of capacity they feel like they have maybe 1/2 to 1/3 the capacity of a GoodNite. They are not something you want to flood. Empirically speaking, you can expect them to leak between 150 and 200 mL of fluid.

In pouring water in them from measuring cups that amount fluctuated a little between 105 and 200 mL. However, they do wick moisture away and distribute it pretty quickly, and have pretty good leak guards so until you reach that threshold they're not going to leak. If you flood them without reaching capacity then they will feel dry almost instantly, although they will appear noticeably wet/discolored from the outside. However, once their capacity is reached, they will leak just as suddenly as the moisture is absorbed.

Like most pull-on pants, I wouldn't recommend messing in these.

These are probably best for someone who misses the plain white vintage GoodNites and are a fairly practical product for their intended purpose. The kind of long-term or heavy wear one might expect out of something like Abena or Bambino is pretty much out of the question. They can serve as a good alternative if you can't get GoodNites for some reason, or if you want plain white instead of colorful designs that have become normative for GoodNites/Underjams.

Likewise, if you don't plan on wetting, but you don't want something cute either, they might be what you're looking for. If you aren't looking for one of those reasons, or if you're looking for high capacity, you can probably do better for the price. However, Sleep Comforts / Nite Pants are pretty readily available, discreet, and plain, and they aren't complete garbage.

In terms of price, they cost a little more than GoodNites, but not by a whole lot; $9 for 12 pack of Nite Pants versus $20 for 28 pack of GoodNites, which simplifies to a unit price of $0.75/pant Kroger vs. $0.71/pant GoodNites. I strongly recommend getting them from Kroger, since they won't be marked up like at CVS. They were $10 at the one I went to, but I've seen pharmacies differ by an order of up to $2 for the same product; you could very well be looking at paying like $12 for a pack of 12 from CVS.
Last edited by a moderator: Mar 4, 2014
Share:
Twitter Reddit Pinterest Tumblr WhatsApp Email Share Link
Top