How To Make Diaper Extenders

Extending the tapes on baby diapers is an age-old mod that many people here have discovered independently. Any number of methods for doing this have been posted on ADISC, and while I don't do it often myself, I have found the following method to work quite nicely. What's more, the end result is reusable, and the process is relatively tidy, as it does not involve cutting into diaper cores and scattering SAP beads everywhere.

Locate your "victim" diaper. This should be a Pampers Baby Dry, Extra Protection, or Cruisers (a.k.a. Active Fit in the UK, maybe elsewhere). 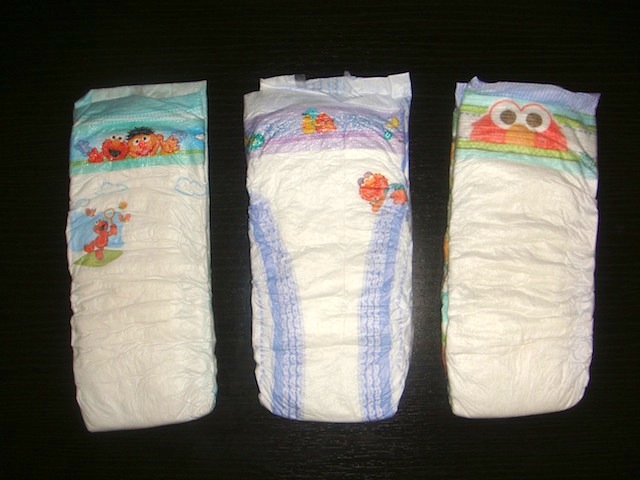 Remove the entire cloth-like cover of the diaper. Ordinarily, when removing the cover of a Pampers diaper, one needs to be concerned about leaving the tapes and the landing zone attached to the diaper. Not this time; you want it all! 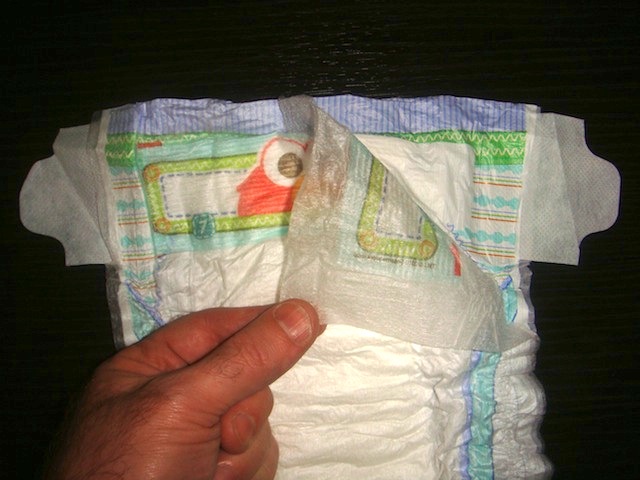 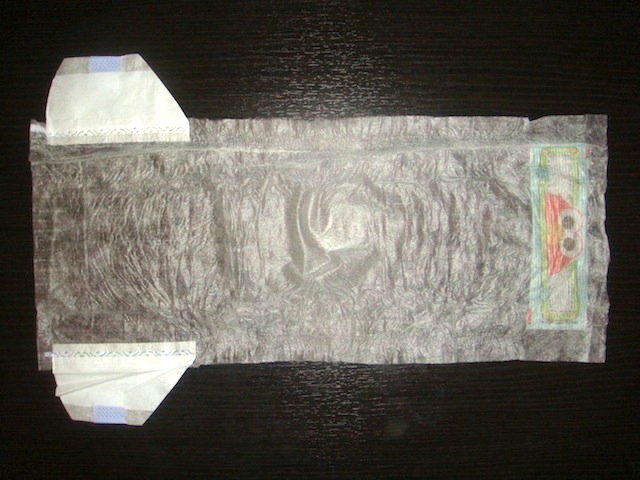 Lay the cover so that the landing zone is face-down, and the ends of the tapes are face-up. 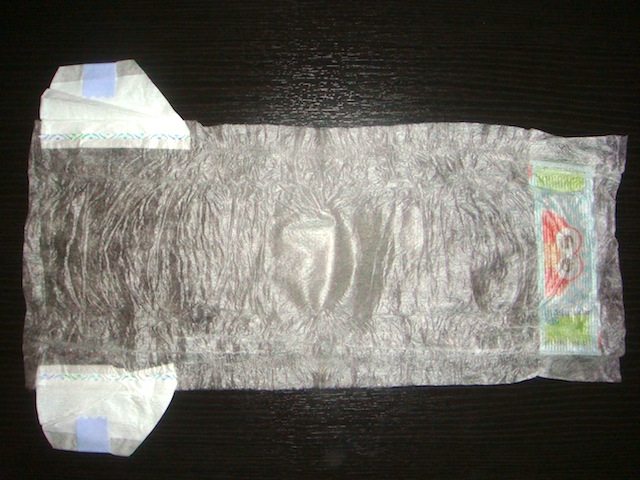 Fold the tape end of the cover inwards. The exact location of the fold is not important. 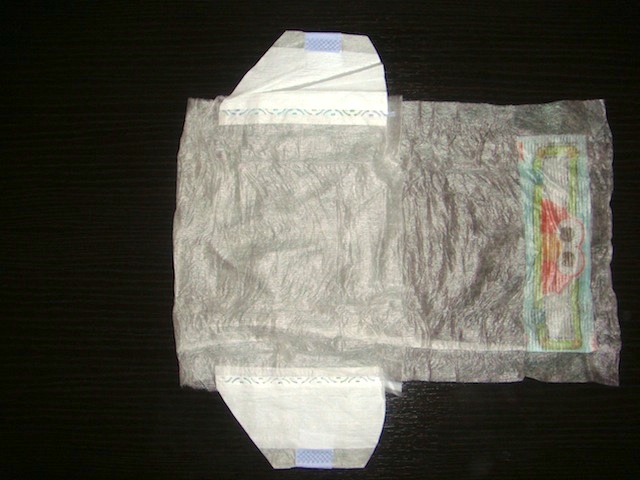 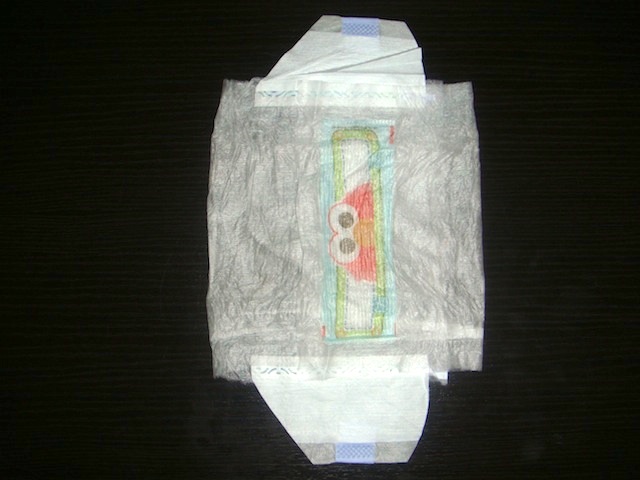 Fold the extra material under so that only the landing zone and tapes are visible. 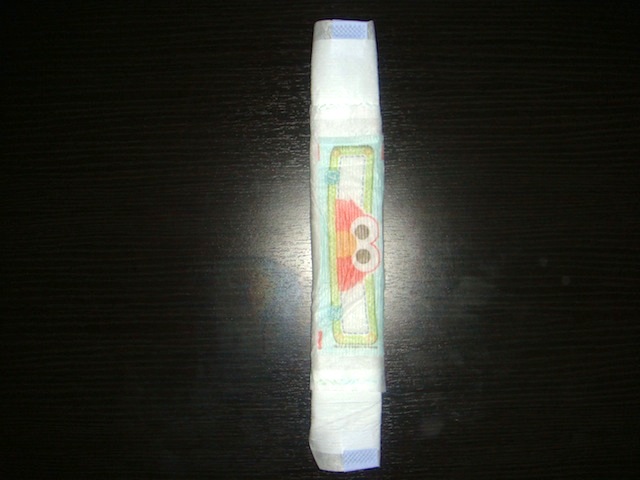 Place some staples just inside of where the tapes connect to the cover at each end. NOTE: I recommend stapling from the back, behind the landing zone (as seen below), so that the pointy sides of the staples won't be against your skin. 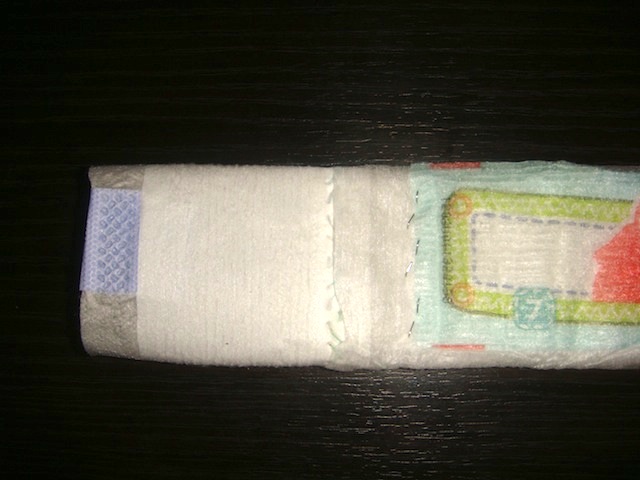 Cut the cover in half. You now have two reusable tape extenders! Almost. (Poor Elmo!) 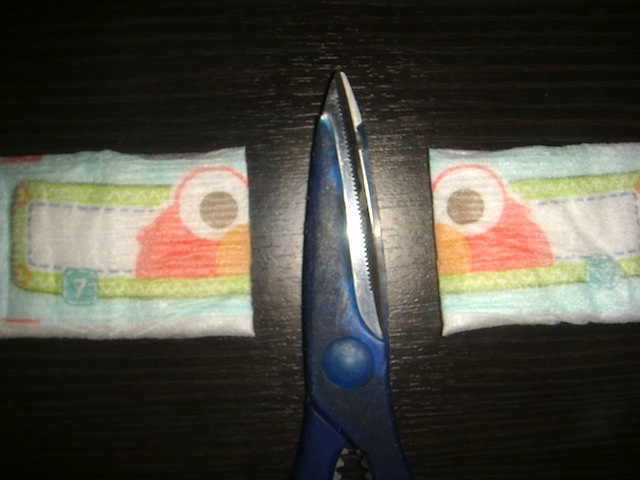 Staple the loose ends of each extender so that nothing unravels. 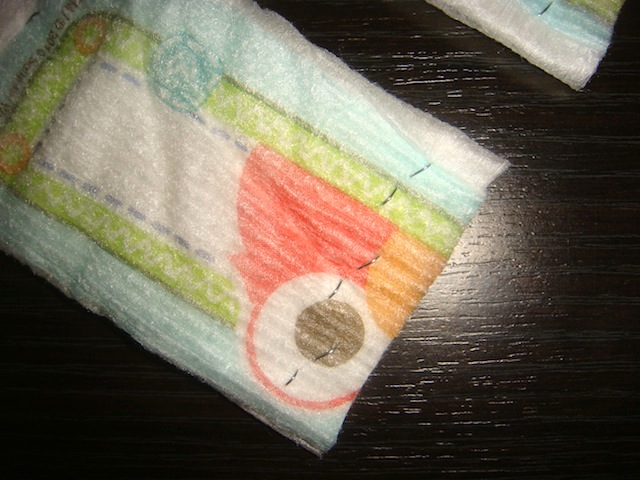 So there you go. Two nice, reusable tape extenders for your baby diapers. They're soft and fluffy, too! 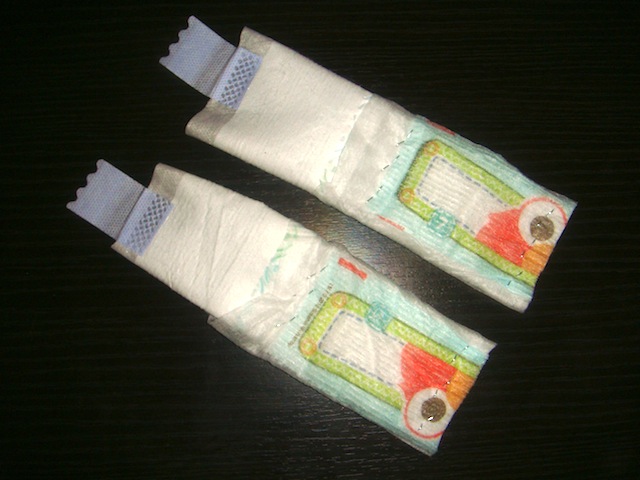 Impressive! You are a lot more patient than I am. I tried it but it didn't seem to be going right, so I quit before I ever got the cover removed. It looked as if I was about to have a serious mess, so I gave up. It would be handy though, if anyone wants to use a baby diaper and nothing else.
A

this is neat, i just take the tapes off a couple and re-use just the tape/velcro pieces and extend that way. very simple mod and seems to work with size 7's for me. 6's are a struggle though but works most time

This is great. Works so well! Thanks for sharing.

Good to know thanks

Very nice how to. Thanks for sharing :smile1:
Y

Nice will have to try that sometime.....

I just bought baby diapers as fillers, but gotta try this out!!

very interesting, I shall try this when I next have the opportunity.

Addendum:
The elastic straps from urinary guards are a lot easier. Just poke some holes for the buttons.

Just a side note: trying to wear a baby diaper that is WAY too small doesn't work very well. They never stay put

KitsuneFox said:
Addendum:
The elastic straps from urinary guards are a lot easier. Just poke some holes for the buttons.

Just a side note: trying to wear a baby diaper that is WAY too small doesn't work very well. They never stay put

It would be fun to redo/replace this article with a more general treatment of how to wear and use small (baby, bedwetting) diapers, including arrangements where the small diapers are used as booster pads. There are so many of these. This article started out life as a simple forum post, and probably owes its article status to the fact that teens were allowed on ADISC when I made the post. Interest in wearing baby diapers seems to come mostly from the younger members. In today's 18+ climate, this article is probably too narrow in scope to be relevant.

This worked well with pampers size 8 also. If you can get your hands on them
One thing I found may help is to get paper towel wet and carefully wipe down the outer back and front to make the sticky glue under the cloth overlayer stick less and soften peel ☺

I really cant wait to try it!

Love pampers. Great guide. An additional resource in making diaper extenders is white duct tape/gaffa tape. Good for either wrapping around these extenders to make them more long-lasting, or (as I use it) reinforcing the stretched waistband of a pair of pampers 8's. Looks good and lasts all day...which I don't if I'm in Pampers

great guide. works great for wanting to wear baby diapers and feel like a baby

One of the Diaper companies needs to make a disposable prefold diaper. Seems it could easily be done by taking a standard bed wetting pad and making the fluff thicker.
H

Once you remove the cover, can you use the innards for a stuffer/doubler?

https://www.convertups.com/ You can just buy extenders instead from this site. I know someone that have use them and they really enjoy them.

In 2019 I posted a "how-to" sew elastic bands with buttons ... these work well for diaper extenders and replacement bands for those old style "belted guards"
.

I went out to the craft store and bought some smooth knitted elastic banding material to make myself better belts than what come with my urinary guards. These belts are very useful for holding liners in place without underwear, and even for keeping stubborn diapers from falling off my butt...