Got the news on my foot today...

So I met with the doctor this morning to discuss what is going on with my foot and what we can do about it. If you don't want details, it's pretty screwed up.

In terms of details, the screw I mentioned before is definitely loose and the joint fusion that they tried to do two years ago led to zero fusing of the bones. What the MRI report didn't have in it was that the peroneal tendons are dislocated. 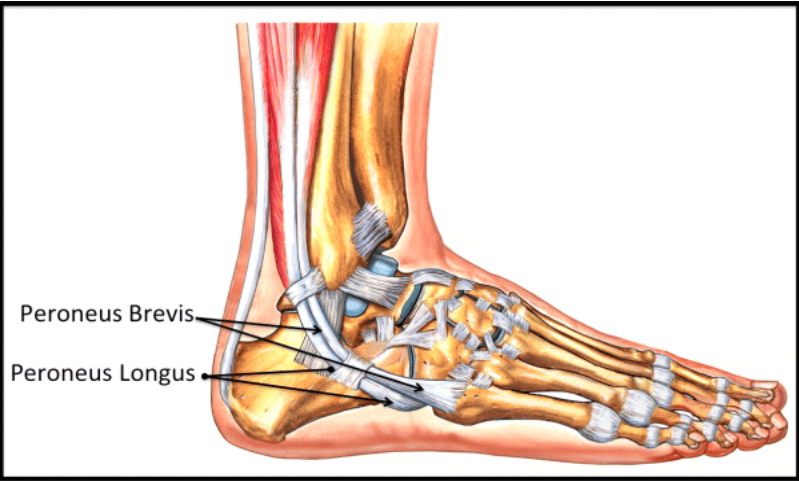 The fibula is the bone that runs down the outside of your leg, and that nice little bony bump at the bottom has those tendons running right underneath it. Except in my case. Those two tendons are running up and over the top of that bump instead of underneath it. That explains a lot of the instability in my ankle, a lot of the pain, and why that foot cramps so easily.

I have the option to just leave things the way they are and do nothing. Given that I can't walk a mile without being in excruciating pain later in the day, I'm not in favor of that. So we need to go in and remove the old screw for the joint fusion, put in a bone graft and stem cells and then a new screw to try and get the fusion to take, and fix the placement of those tendons.

Of course it can't be that easy. Nope. When the break first happened, they put in a plate and eight screws. Three months later they took all of that out as it was causing me pain. Then two years ago they tried doing the fusion on the joint. The issue is that after surgery #2, the incision got infected and I spent a couple days on IV antibiotics.

Now, even though that was nearly five years ago, the doctor needs to go in first, take out the hardware and pack the joint with antibiotic cement while taking some bits to check and make sure there isn't any latent infection hanging out in the bone. If there is still infection in there, I spend a couple weeks getting heavy IV antibiotics and wait a full twelve weeks to do a second surgery. If there isn't, then four weeks later they will do the second surgery to clean out the cement, do the bone graft and stem cells and fix the tendons.

So, not one surgery to try and fix this, but two. Minimum time of no weight bearing after first surgery is four weeks. After the second surgery is three months. Crutches and knee scooter once again will be my daily mode of travel.

I really do feel your pain. I broke my foot last year September while out solo climbing in some Scottish mountains. I also completely ruptured 1 ligament partially ruptured 3 other ligaments and also ruptured a tendon. It was 3 days before anyone found me and I was air lifted to hospital 😫
I had surgery to reconstruct and repair my ligaments and tendon this year at the beginning of June and my foot is still so painful and swells up when I'm on my feet for some time.

I hope your surgery goes well and wish you a speedy recovery.

I'm sorry for your situation, I am happy that you have figured out some things and have options. I have OA & Degenerative Disc Disease, and had 2 vertebral fusions, with the cement from bone, and hardware. The bone graft cement worked as intended. The hardware stays in place. I also have Ligament laxity in my feet, causing the feet to collapse and stretch the ligaments, causing pain where the ligaments attach to the bones.

I am glad you have options. Find the best foot surgeon you can, hopefully close to your home (this makes appointments easier). Medicine is amazing and the Doctors can do some great things. None of it is perfect as you know. I celebrate that you at least know the problem and have some solutions!!! Congratulations!! 💐 ❤️🥳👏