Bambino Diapers offers four different types of diapers targeted towards AB/DLs - the Bianco, Classico, Teddy, and the Bellissimo. These diapers are quite similar in a number of ways but also have some notable differences. Since reviewing each separately would mean repeating myself a lot, I combined all four reviews into one article. Also, when the diapers had the same appearance in some areas, I removed the redundant images.

The Bianco is plain white all over. Each of the other diapers has a tape on the front with a pattern on it - Classico has blocks that spell out "BABY", Teddy has teddy bears, and Bellissimo has a bunny-themed design. Aside from that, they're plain white diapers - no wetness indicators, patterns, or anything like that. They all do feature quality standing leakguards, however. 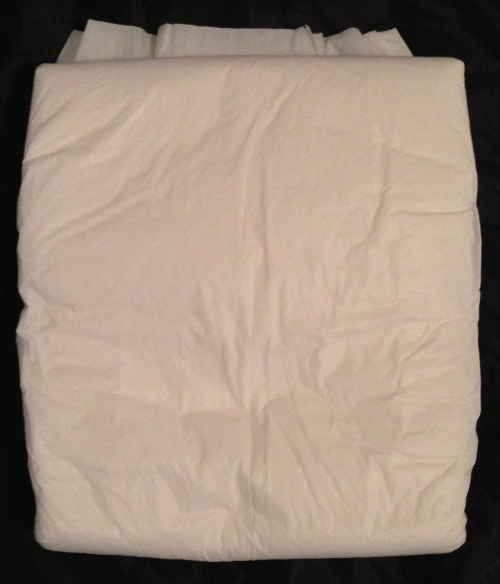 Front and back of folded diapers 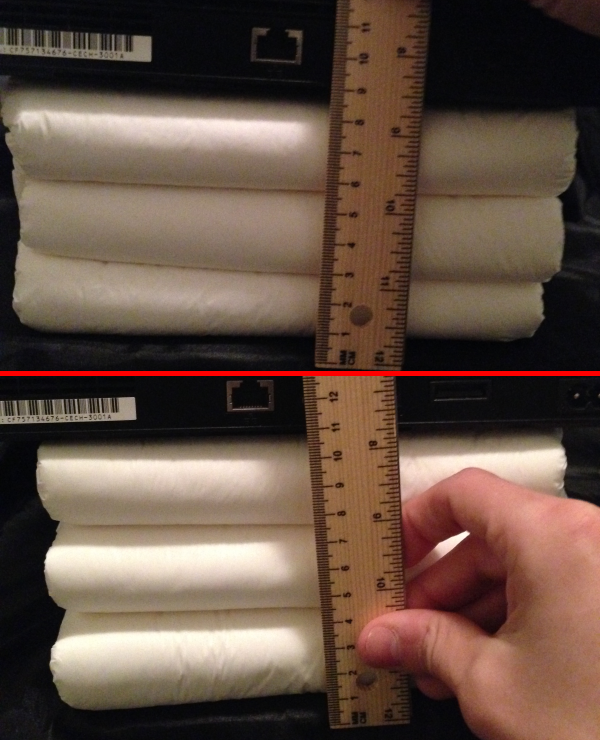 The Bambino diapers all have single-use adhesive-based tapes. You can technically re-use them, but they lose their stickiness after a while. These tapes must be rubbed after application or they will fall off - the heat and pressure helps the adhesive stick. 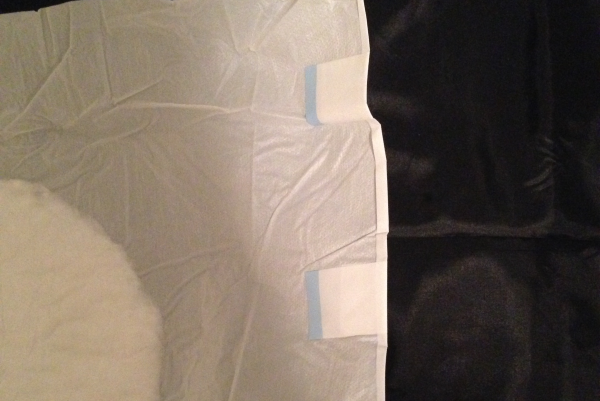 
I laid out each of the diapers and measured their dimensions, which all came out exactly the same. These are organized below for simplicity:
Length: 78 cm
Width at center: 23 cm between the elastics, 34cm from edge-to-edge
Width at wings (both sides): 67 cm 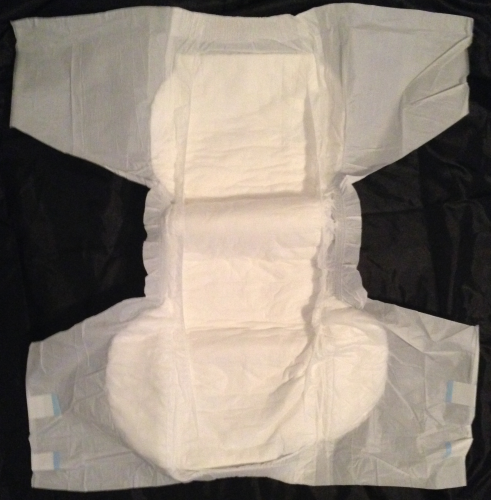 Front and back of unfolded diapers

In order to measure the capacity of each of the diapers, I wore it and poured water in 100 mL at a time through a funnel/tubing system followed by 30 seconds of sitting accompanying each pour, recording any observations I made and repeating. I concluded the test when the diaper leaked.


The Biancos, Classicos, and Teddies all displayed exactly the same results. Each showed a slight dampness at 2000mL and started to distinctly leak at 2100ml, suggesting a capacity of slightly under 2000mL. The Bellissimos took a bit more, not leaking until 2600mL. As expected, the Bellissimos are the highest capacity diapers I've tested, closely followed by the other Bambino diapers.

At capacity, I had to waddle a bit in the Biancos/Classicos/Teddies, but in the Bellissimos, I couldn't even close to close my legs, keeping any movement to a crawl or a waddle. I'd rate the squishiness as "moderate" - nothing insane, but very noticeable when fairly wet. The wicking was amazing - the diapers all very evenly absorbed moisture.


When refolded and measured, the Biancos, Classicos, and Teddies all swelled up to around 9.5cm (about 3.24x). The Bellissimos surpassed those, swelling all the way up to 12cm (3.43x). 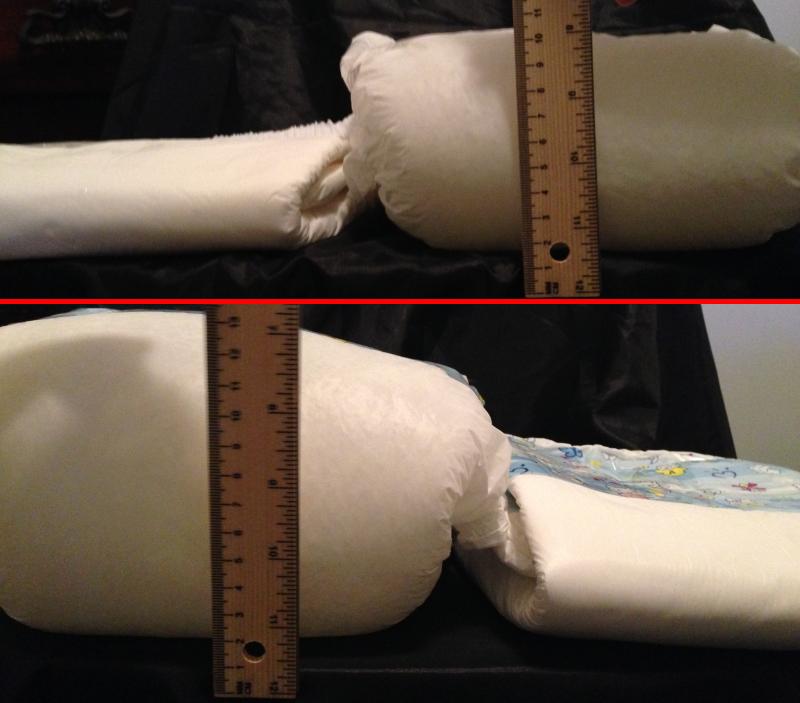 My waist size is about 28 inches, a bit under the Bambino medium size range. They still fit fairly well, possibly adding a bit more bulk than I was expecting and sticking out quite a bit above the waist of my pants. These are very soft and comfortable diapers as well - definitely suitable as a luxury-quality diaper.

To test the diapers out in a real-life scenario, I wore each for at least one day, not taking it off until it leaked. The Biancos, Classicos, and Teddies all lasted on average 10-14 hours before I really needed to change. The Bellissimos lasted around 22 hours straight (including sleep) before I started to leak. These are still by far the highest capacity diapers on the American market.

In case anyone was really wondering, these diapers are not discreet whatsoever. The crinkle can be barely covered up with jeans, but they stick up quite a bit over your waistband (at least over mine) and are quite bulky. They're obviously designed for play and perform amazingly in that regard, so I wouldn't fault them for failing in this category at all - in fact, being discreet is kind of the opposite of the point.

Bottom line: these are the best diapers for American AB/DLs performance-wise and are pretty adorable to boot! If they had an all-over print, they'd be pretty much perfect. There's not much more to say - pick your favorite print (or just get the Bellissimos) and have fun!
B

Wow! Great review! I am currently in a Bambino Bellisimo (my favorite, go to diaper) and loving every minute of it. I wish the medium was bigger, but still a GREAT diaper!

I see XP Medical boasts 95oz capacity for Dry 24/7s...have you used your test on those? How do they compare to the 87oz your bellisimos held?